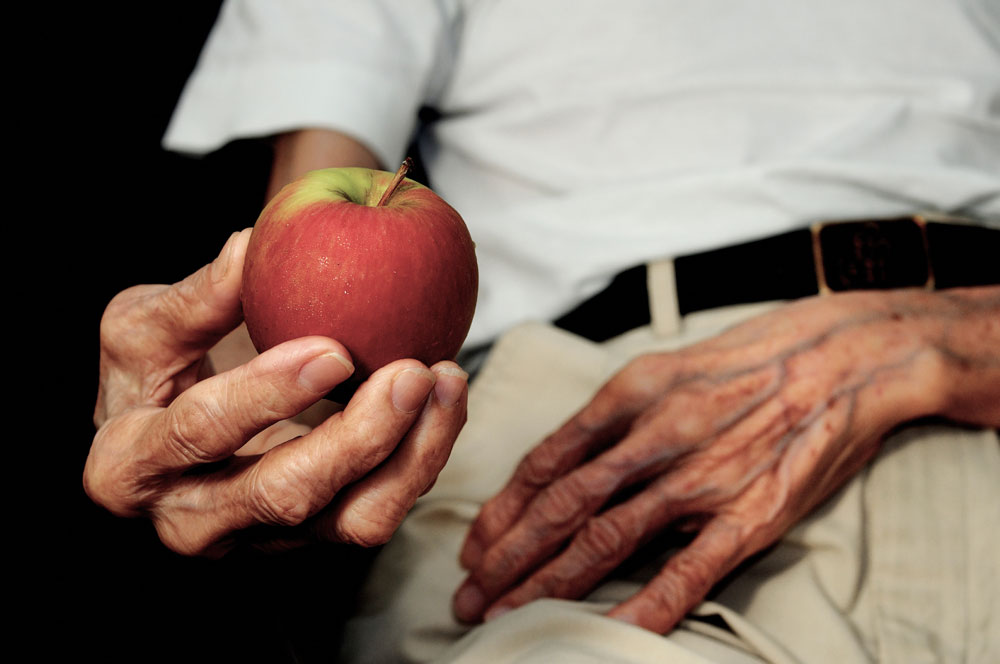 December 10, 1871, I was again shown that the health reform is one branch of the great work which is to fit a people for the coming of the Lord. It is as closely connected with the third angel’s message as the hand is with the body. The law of Ten Commandments has been lightly regarded by man, but the Lord would not come to punish the transgressors of that law without first sending them a message of warning. The third angel proclaims that message. Had men ever been obedient to the law of Ten Commandments, carrying out in their lives the principles of those precepts, the curse of disease now flooding the world would not be. {3T 161.1}

Men and women cannot violate natural law by indulging depraved appetite and lustful passions, and not violate the law of God. Therefore He has permitted the light of health reform to shine upon us, that we may see our sin in violating the laws which He has established in our being. All our enjoyment or suffering may be traced to obedience or transgression of natural law. Our gracious heavenly Father sees the deplorable condition of men who, some knowingly but many ignorantly, are living in violation of the laws that He has established. And in love and pity to the race, He causes the light to shine upon health reform. He publishes His law and the penalty that will follow the transgression of it, that all may learn and be careful to live in harmony with natural law. He proclaims His law so distinctly and makes it so prominent that it is like a city set on a hill. All accountable beings can understand it if they will. Idiots will not be responsible. To make plain natural law, and urge the obedience of it, is the work that accompanies the third angel’s message to prepare a people for the coming of the Lord. {3T 161.2}

Adam and Eve fell through intemperate appetite. Christ came and withstood the fiercest temptation of Satan and, in behalf of the race, overcame appetite, showing that man may overcome. As Adam fell through appetite and lost blissful Eden, the children of Adam may, through Christ, overcome appetite and through temperance in all things regain Eden. {3T 161.3}

Ignorance is no excuse now for the transgression of law. The light shines clearly, and none need be ignorant, for the great God Himself is man’s instructor. All are bound by the most sacred obligations to God to heed the sound philosophy and genuine experience which He is now giving them in reference to health reform. He designs that the great subject of health reform shall be agitated and the public mind deeply stirred to investigate; for it is impossible for men and women, with all their sinful, health-destroying, brain-enervating habits, to discern sacred truth, through which they are to be sanctified, refined, elevated, and made fit for the society of heavenly angels in the kingdom of glory. {3T 162.1}

The inhabitants of the Noachian world were destroyed because they were corrupted through the indulgence of perverted appetite. Sodom and Gomorrah were destroyed through the gratification of unnatural appetite, which so benumbed the intellect that they could not discern the difference between the sacred claims of God and the clamor of appetite. The latter enslaved them, and they became so ferocious and bold in their detestable abominations that God would not tolerate them upon the earth. God ascribes the wickedness of Babylon to her gluttony and drunkenness. {3T 162.2}

The apostle Paul exhorts the church: I beseech you therefore, brethren, by the mercies of God, that ye present your bodies a living sacrifice, holy, acceptable unto God, which is your reasonable service.” Men, then, can make their bodies unholy by sinful indulgences. If unholy, they are unfitted to be spiritual worshipers and are not worthy of heaven. If man will cherish the light that God in mercy gives him upon health reform, he may be sanctified through the truth and fitted for immortality. But if he disregards that light and lives in violation of natural law he must pay the penalty. {3T 162.3}

God created man perfect and holy. But man fell from his holy estate because he transgressed God’s law. Since the Fall there has been a rapid increase of disease, suffering, and death. Yet notwithstanding man has insulted his Creator, God’s love is still extended to the race; and He permits light to shine that man may see that in order to live a perfect life he must live in harmony with those natural laws which govern his being. Therefore it is of the greatest importance that he know how to live so that his powers of body and mind may be exercised to the glory of God. {3T 162.4}

It is impossible for man to present his body a living sacrifice, holy, and acceptable to God, while, because it is customary for the world to do so, he is indulging in habits that are lessening physical, mental, and moral vigor. The apostle adds: “And be not conformed to this world: but be ye transformed by the renewing of your mind, that ye may prove what is that good, and acceptable, and perfect, will of God.” Jesus, seated upon the Mount of Olives, gave instruction to His disciples concerning the signs which should precede His coming. He said: “But as the days of Noah were, so shall also the coming of the Son of man be. For as in the days that were before the Flood they were eating and drinking, marrying and giving in marriage, until the day that Noah entered into the ark, and knew not until the Flood came, and took them all away; so shall also the coming of the Son of man be.” {3T 163.1}

The same sins exist in our day which brought the wrath of God upon the world in the days of Noah. Men and women now carry their eating and drinking to gluttony and drunkenness. This prevailing sin, the indulgence of perverted appetite, inflamed the passions of men in the days of Noah and led to general corruption, until their violence and crimes reached to heaven, and God washed the earth of its moral pollution by a flood. {3T 163.2}

The same sins of gluttony and drunkenness benumbed the moral sensibilities of the inhabitants of Sodom so that crimes seemed to be the delight of the men and women of that wicked city. Christ thus warns the world: “Likewise also as it was in the days of Lot; they did eat, they drank, they bought, they sold, they planted, they builded; but the same day that Lot went out of Sodom it rained fire and brimstone from heaven, and destroyed them all. Even thus shall it be in the day when the Son of man is revealed.” {3T 163.3}

Christ has here left us a most important lesson. He does not in His teaching encourage indolence. His example was the opposite of this. Christ was an earnest worker. His life was one of self-denial, diligence, perseverance, industry, and economy. He would lay before us the danger of making eating and drinking paramount. He reveals the result of giving up to indulgence of appetite. The moral powers are enfeebled so that sin does not appear sinful. Crimes are winked at, and base passions control the mind until general corruption roots out good principles and impulses, and God is blasphemed. All this is the result of eating and drinking to excess. This is the very condition of things which He declares will exist at His second coming. {3T 164.1}

Will men and women be warned? Will they cherish the light, or will they become slaves to appetite and base passions? Christ presents to us something higher to toil for than merely what we shall eat, and what we shall drink, and wherewithal we shall be clothed. Eating, drinking, and dressing are carried to such excess that they become crimes, and are among the marked sins of the last days, and constitute a sign of Christ’s soon coming. Time, money, and strength, which are the Lord’s, but which He has entrusted to us, are wasted in needless superfluities of dress and luxuries for the perverted appetite, which lessen vitality and bring suffering and decay. It is impossible to present our bodies a living sacrifice to God when they are filled with corruption and disease by our own sinful indulgence. {3T 164.2}

Knowledge must be gained in regard to how to eat and drink and dress so as to preserve health. Sickness is caused by violating the laws of health; it is the result of violating nature’s law. Our first duty, one which we owe to God, to ourselves, and to our fellow men, is to obey the laws of God, which include the laws of health. If we are sick we impose a weary tax upon our friends and unfit ourselves for discharging our duties to our families and to our neighbors. And when premature death is the result of our violation of nature’s law, we bring sorrow and suffering to others; we deprive our neighbors of the help we ought to render them in living; we rob our families of the comfort and help we might render them, and rob God of the service He claims of us to advance His glory. Then, are we not, in the worst sense, transgressors of God’s law? {3T 164.3}

But God is all-pitiful, gracious, and tender, and when light comes to show who have injured their health by sinful indulgences, and they are convinced of sin, and repent and seek pardon, He accepts the poor offering rendered to Him, and receives them. Oh, what tender mercy that He does not refuse the remnant of the abused life of the suffering, repenting sinner! In His gracious mercy He saves these souls as by fire. But what an inferior, pitiful sacrifice, at best, to offer to a pure and holy God! Noble faculties have been paralyzed by wrong habits of sinful indulgence. The aspirations are perverted, and the soul and body defaced. {3T 165.1}