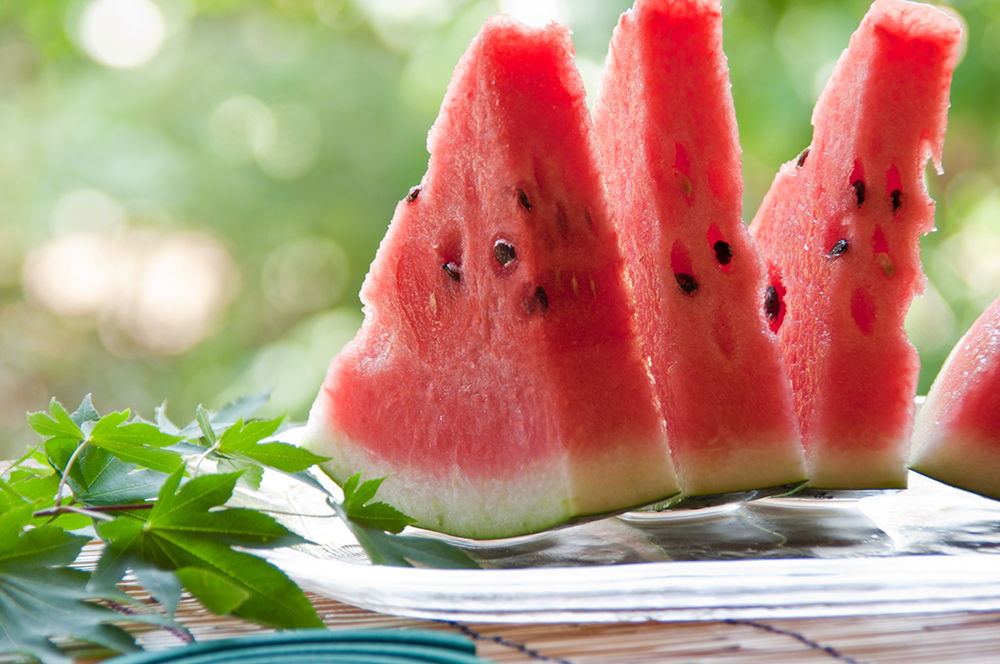 My Fast is Over

Why am I confined to a watermelon?

So you’ve dropped your gallon, and picked up a melon! Let’s find out why :-)

Watermelons are mostly water — about 92 percent — an excellent transition food from your 100% liquid-diet over the last three days. Equally similar, watermelon is actually the fruit (next in line to the lemon) that has the highest alkalinity of all food! Why does that matter? Because disease cannot live in alkalinity lol so the watermelon picks up right where the lemons left off… continuing the progression toward perfect health. And God is awesome :-D But those parallels aren’t the only reason for leveraging this juicy fruit lol join us as we explore the wonderful works of the watermelon!

Not so “common” knowledge

This refreshing fruit is soaked with nutrients. Each juicy bite has significant levels of vitamins A, B6 and C, lots of lycopene, antioxidants and amino acids. There’s even a modest amount of potassium. Plus, it’s fat-free, very low in sodium, and has only 40 calories per cup. Light, refreshing, nutrient-dense… what more could you possibly need after a three-day fast? lol

Scientists have taken notice of watermelon’s high lycopene levels — about 15 to 20 milligrams per 2-cup serving, according to the National Watermelon Promotion Board — some of the highest levels of any type of fresh produce. Lycopene is a phytonutrient, which is a naturally occurring compound in fruits and vegetables that reacts with the human body to trigger healthy reactions. It is also the red pigment that gives watermelons, tomatoes, red grapefruits and guavas their color.

Lycopene has been linked with heart health, bone health and prostate cancer prevention. It’s also a powerful antioxidant thought to have anti-inflammatory properties, according to Victoria Jarzabkowski, a nutritionist with the Fitness Institute of Texas at The University of Texas at Austin.

To really maximize your lycopene intake, let your watermelon fully ripen. The redder your watermelon gets, the higher the concentration of lycopene becomes. Beta-carotene and phenolic antioxidant content also increase as the watermelon ripens. Nevertheless, “All parts of the watermelon are good. There are a lot of nutrients throughout,” said Jarzabkowski. This includes the white flesh nearest the rind.

Another phytonutrient found in the watermelon is the amino acid citrulline, which converts to the amino acid arginine. These amino acids promote blood flow, leading to cardiovascular health, improved circulation, and according to research at Texas A&M University, erectile dysfunction improvement (you’d probably have to eat a lot of the fruit to get a Viagra-like effect, though).

Here are the nutrition facts for the watermelon, according to the U.S. Food and Drug Administration, which regulates food labeling through the National Labeling and Education Act:

Watermelon’s high levels of lycopene are very effective at protecting cells from damage and may help lower the risk of heart disease, according to a study at Purdue University. Also, the fruit’s concentrations of citrulline and arginine are good for your heart. Arginine can help improve blood flow and may help reduce the accumulation of excess fat. A study published in the American Journal of Hypertension found that watermelon extracts helped reduce hypertension and lower blood pressure in obese adults.

“The lycopene in watermelon makes it an anti-inflammatory fruit,” Jarzabkowski said. Lycopene is an inhibitor for various inflammatory processes and also works as an antioxidant to neutralize free radicals. Additionally, the watermelon contains choline, which helps keep chronic inflammation down, according to a 2006 article published in Shock medical journal.

Reducing inflammation isn’t just good for people suffering from arthritis. “When you’re sick, you have cellular damage, which can be caused by a variety of factors including stress, smoking, pollution, disease, and your body becomes inflamed,” Jarzabkowski said. “It’s called ‘systemic inflammation.'” In this way, anti-inflammatory foods can help with overall immunity and general health.

“Watermelons are the perfect example of a food that can help you stay hydrated,” said Jarzabkowski. Their water content can help keep you hydrated, and their juice is full of good electrolytes. This can even help prevent heat stroke.

The watermelon contains fiber, which encourages a healthy digestive tract and helps keep you regular.

Vitamin A is stellar for your skin, and just a cup of watermelon contains nearly one-quarter of your daily recommended intake of it. Vitamin A helps keep skin and hair moisturized, and it also encourages healthy growth of new collagen and elastin cells, according to the Cleveland Clinic. Vitamin C is also beneficial in this regard, as it promotes healthy collagen growth.

Watermelon-loving athletes are in luck: drinking watermelon juice before an intense workout helps reduce next-day muscle soreness and heart rate, according to a 2013 study published in the Journal of Agricultural and Food Chemistry. This can be attributed to watermelon’s amino acids citrulline and arginine, which help improve circulation.

Like other fruits and vegetables, watermelons may be helpful in reducing the risk of cancer through their antioxidant properties. Lycopene in particular has been linked to reducing prostate cancer cell proliferation, according to the National Cancer Institute.

If eaten in reasonable amounts, watermelons should produce no serious side effects. If you eat an abundance of the fruit daily, however, you may experience problems from having too much lycopene or potassium.

The consumption of more than 30 mg of lycopene daily could potentially cause nausea, diarrhea, indigestion and bloating, according to the American Cancer Society.

People with serious hyperkalemia, or too much potassium in their blood, should probably not consume more than about one cup of watermelon a day, which has less than 140 mg of potassium. According to the National Institutes of Health, hyperkalemia can result in irregular heartbeats and other cardiovascular problems, as well as reduced muscle control.

Jarzabkowski also warned watermelon lovers to be mindful of their sugar intake. “Though watermelon’s sugar is naturally occurring, [watermelon] is still relatively high in sugar.”

Some fun facts about watermelons, from the National Watermelon Promotion Board and Science Kids.

The watermelon (Citrullus lanatus) is related to cucumbers, pumpkins and squash.

The watermelon probably originated in the Kalahari Desert in Africa.

Egyptians placed watermelons in the burial tombs of kings to nourish them in the afterlife. The first recorded watermelon harvest is depicted in Egyptian hieroglyphics from about 5,000 years ago.

Merchants spread the use of watermelons along the Mediterranean Sea. By the 10th century, watermelons had found their way to China, which is now the world’s top producer of watermelons.

The Moors in the 13th century brought watermelons to Europe.

The watermelon likely made its way to the United States with African slaves.

The first cookbook published in the United States in 1776 contained a recipe for watermelon rind pickles.

By weight, watermelon is the most consumed melon in the United States, followed by cantaloupe and honeydew.

The watermelon is the official state vegetable of Oklahoma.

All parts of a watermelon can be eaten, even the rind.